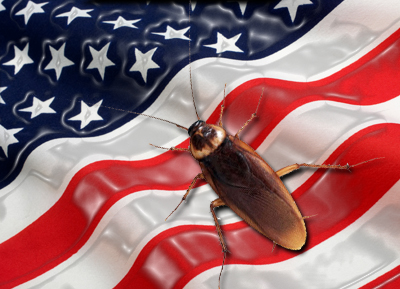 2016 is a very serious year in pest politics as nature is as its tipping point. As many know the Cimexacrats have been trying to take over the country out of the hands of the long reigning Blattariacrats. The Blattariacrats have been known to been in power since even when the dinosaurs were around. But, since the big Bed Bug Lives Matter movement has taken over in 2010 the bed bugs have been taking over big cities all over this country. Today we will be sharing views of both sides of the parities in this years 1st convention and will let you decide who you will vote for to be the reigning pest of the country.

A few of the Cimexacrats views are:

A few of the Blattariacrats views are:
The election season is underway and the debates will be shown on your local news channel. Please take a side and support your party. This is a time for big change in the very first annual Pestocratic National Convention. Pest lives are at risk here and its about time they have organized and now have a voice!

Where do bed bugs come from?

5 Signs That Your High-Quality Mattress Has Bed Bugs